How cutting-edge technology brings a better life for epilepsy patients

According to the World Health Organizations, there are 50 million people worldwide having epilepsy. The disease affects all age groups and sexes. Epilepsy causes seizures of varying magnitude due to disturbances in brain signals. Many people with epilepsy still can live normally and engage in the same activities as others. But some epileptics with frequent seizures can also be severely restricted.

Seizure detection can be an essential factor in helping people with epilepsy to maintain a constant stress level and to adapt their medications and treatments to their needs. The usage of EEG (Electroencephalography) is the most common in seizure monitoring and prediction by using a person’s brainwave. The limitation, however, is that this type of monitoring can only be carried out in hospital. There is also another approach, which is the patient doing their own seizures record. However, this method of seizure detection is not sufficiently effective. Only 44.5% of seizures were recorded according to one study [1].

Cosinuss° develops in-ear sensors capable of measuring vital data such as heart rate and temperature as well as movements with high precision. Using the same technology, Cosinuss°, together with the Fraunhofer Institute, conducted a project aimed at detecting the occurrence of an epileptic seizure using this data. All that is needed for monitoring is a small sensor in the ear. In this way, patients can monitor their seizures in everyday life without being restricted. The provision of this monitoring facility enables people with epilepsy to participate in normal life without any limitations.

In a world where sensors have long since found their way everywhere, machine learning is becoming the most decisive tool for successfully utilizing the advantages of an extensive database. The two cutting edge technologies of cosinuss° were used in this project. More than 20,000 hours of data collected from nearly 200 patients using sensors were evaluated by a learning algorithm to classify the seizures. It learns from available data to create a model that can automatically recognize the seizures.

How can we teach a machine to be able to do the detection by itself?

Here’s the explanation: The sensor stores all the data that can be generated in the database server. This data is then processed in two parts. The first part becomes the learning material for the machine to generate more knowledge. Intelligent data processing takes place and calculations are performed to get more insights. This process results in a calculation model. The last part of the work is the validation of the model with the second part of the data to ensure that the problem has been captured generally. 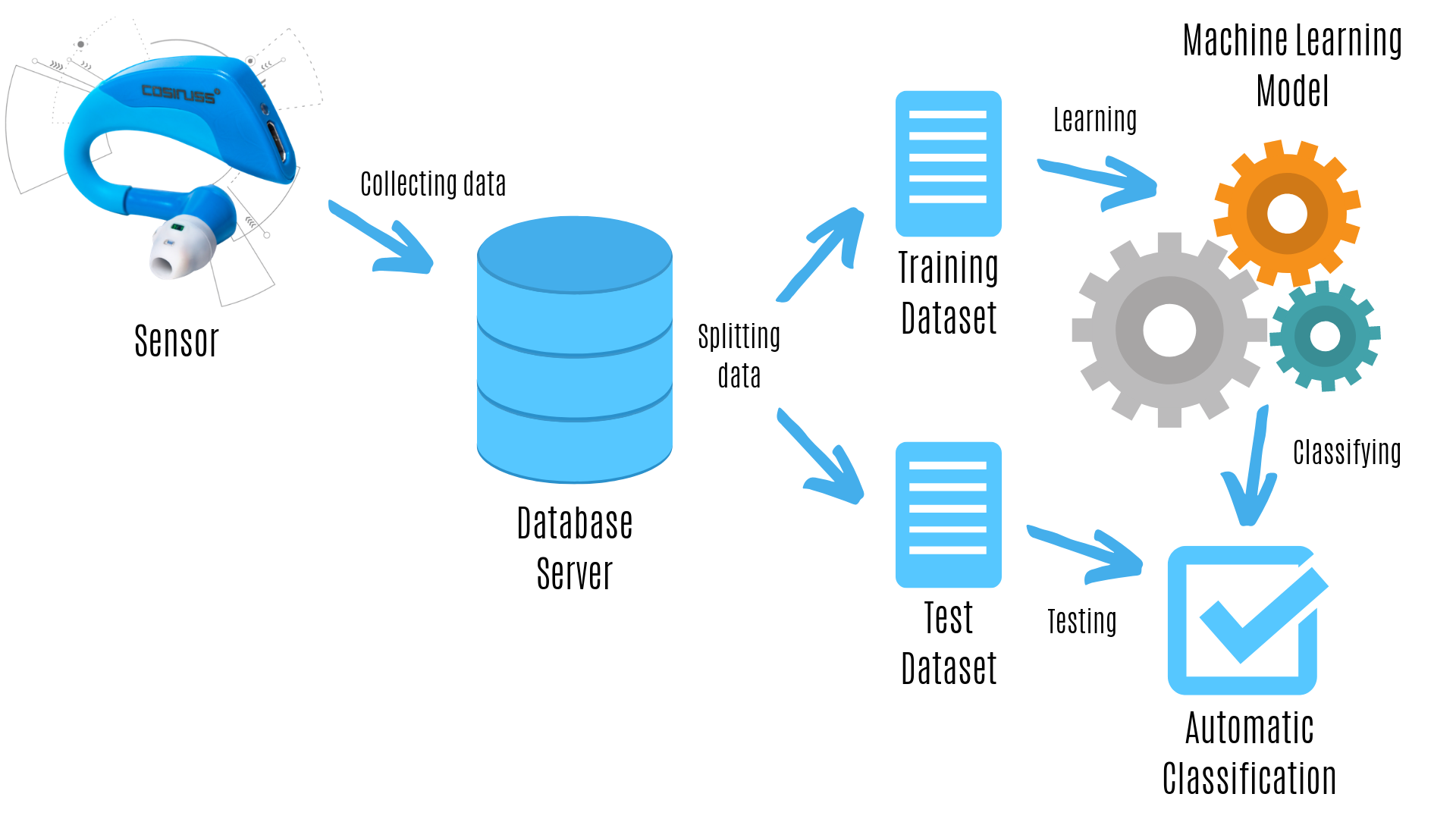 In our current research approach, we are establishing the system using various machine learning techniques: vector machine support, random forest, and deep learning. Currently, with the limited sample of data, the project has reached an accuracy of 40%, which left room for improvement in the ongoing project.

About the Author: Melanie Baldinger

As a Sport Scientist and Ergonomist Melanie is taking care of all kinds of research projects and scientifc studies. She loves all kinds of sports and being outdoors.